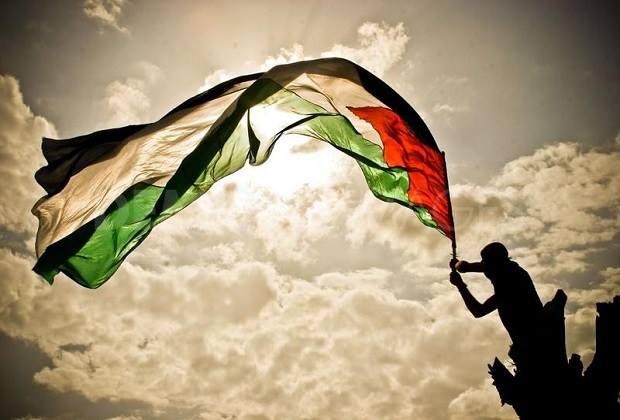 Demonstrate against the “Stand with Israel” rally at the Palace Theatre on Oxford Street this Sunday 13th March at 12pm.

Stand with the Palestinians against Israel’s brutal apartheid regime and military occupation. Tell the Palace theatre not to support a conference that glorifies Israeli war crimes – contact details below.

We’ll have speakers from Gaza, Palestinian music, and a lot of noise! Bring creativity, music, art, banners and lots of people!

We oppose all forms of racism – whether Islamophobia or Anti-Semitism. A rally showing such unanimous support for a state built on racism and ethnic cleansing of the indigenous Palestinians is an insult to justice and freedom anywhere.Protest called jointly by: Manchester Jewish Action for Palestine, Passion for Palestine, Manchester Stop the War Coalition, Fight Racism Fight Imperialism, Manchester Palestine Solidarity Campaign and Manchester Palestine ActionThere can be no “stand with Israel” while Palestinians are denied basic dignity and human rights, while Palestinian homes and lives are systematically destroyed, while Palestinian children are murdered, injured and imprisoned every day by the occupying Israeli army.The event is attended by the Israeli ambassador and supported by the Israeli Prime Minister himself, Benjamin Netanyahu who according to all the major international human rights organisations is guilty of war crimes in Gaza and ethnic cleansing throughout Palestine. For this rally to call for peace is an offence to the thousands of Palestinian men, women and children murdered by Netanyahu in the last two years.This is a non-violent demonstration. It is pro peace, justice and freedom. We demand equality for all, not a state comparable with Apartheid South Africa, as stated by Nelson Mandela, Desmond Tutu and former US president Jimmy Carter. Every single living breathing moment of a Palestinian life is suffocated by Israel’ s illegal occupation and blockade.It is disgraceful that the organisers of this event were standing with Israel while their army bombed over 62 hospitals and clinics, 45 ambulances and 250 Palestinian schools in Gaza, where over 500 Palestinian children were killed in 50 days during the summer of 2014.

Said Archbishop Desmond Tutu on his visit to Palestine:

“I have witnessed the systemic humiliation of Palestinian men, women and children by members of the Israeli security forces. Their humiliation is familiar to all black South Africans who were corralled and harassed and insulted and assaulted by the security forces of the apartheid government…The same issues of inequality and injustice today motivate the divestment movement trying to end Israel’s decades-long occupation of Palestinian territory and the unfair and prejudicial treatment of the Palestinian people by the Israeli government ruling over them.”

“‘Those who turn a blind eye to injustice actually perpetuate injustice. If you are neutral in situations of injustice, you have chosen the side of the oppressor.”